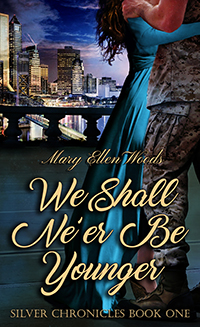 Every year around the November 11th Veterans Day holiday, there are books with military themes and heroes on sale. If you love a hero in uniform as much as I do, it is an opportune time to get a bargain on a book in a genre you enjoy. I want to examine what constitutes the military trope and/or hero. In my experience, the books sold as military fall into a couple of different categories, active and former military.

Active military trope novels are the kind that has a hero currently serving in the armed forces often fighting in a conflict of some type. These then have two types of heroines. In the first, the heroine may be a member of the armed services, or often a journalist, aid worker or has some other reason to be present in the conflict area. These usually have some plot line wherein the hero rescues the heroine from imminent danger and therefore classify as a type of thriller or suspense. If you want the most military content, then this type of heroine is the type for you.

The second type of heroine is at home, facing difficulties of her own.  Sometimes these begin before the hero leaves for the war zone, or he comes home on leave at some point in the story. These are often second chance or small town type romances. My novel, “We Shall Ne’er Be Younger” is in this category. Readers may assume these heroines are in some way less interesting or plucky, but that is not always so. These stories tend to focus equally on the struggles of both the hero and heroine and are usually dual POV, though mine is through the heroine’s eyes only. A good example of the dual POV is K.M. Grayson’s & B.T. Urreula’s “Lover’s Lament.” These novels usually have a fair amount of military content as well.

The second type, former military, is where the hero is no longer on active duty. These can run the gamut when it comes to actual military content. Some just mention the previous service of the hero, other’s use it to justify the skills he displays in the course of the story, and in some, the hero’s military service is the crux of the story. The later often feature internal conflict related to PTSD or wounds sustained while in service. My forthcoming novel “Embers in the Heart,” is one of this type as is Amy Harmon’s “Making Faces.”

Both types of military tropes have novels at all levels of sexuality. “Making Faces” is clean, while “Lover’s Lament,” has sexual description, “We Shall Ne’er Be Younger” has detailed sexual scenes, though none of these are erotica. There is an ample offering of military themed erotica of both types. These usually feature the bad boy types, often former special forces such as Navy Seals. Some of the erotica are ménage, LGBT or BDSM type stories but I am not going into detail on those since that would take far too much space to cover all the possibilities. On a humorous note, there are more Navy Seals in romances than all the actual Navy Seals who ever lived. How can you not love the guys who brought down Bin Laden?

So if you love stories about a hero currently or formerly in uniform, be on the look out for the special deals this Veterans Day. You may want to start looking a day early if Marines are your thing because November 10th is the Marine Corps Birthday. No matter what level of heat or sub-genre, you are sure to find something you will enjoy. Your purchase may also be a way to support a good cause since, like me, many authors donate a portion of the proceeds to military charities during these types of special events. After all who doesn’t love a hot, handsome hero in uniform?

I was born into a military family the likes of Lieutenant Dan, of Forrest Gump. Just about every male member of my family past and present has served in the U.S. military during such conflicts as the American Revolution, War of 1812, War Between the States, World War I and II, Vietnam, and Desert Storm.

My father was in the U.S. Air Force and so I grew up steeped in military tradition. Traveling across the U.S. as my father moved from one duty station to the next, we visited all the historic sites along the way. My mother was from Virginia, so I had an especially keen interest in the War Between the States.

I dreamed of attending the U.S. Naval Academy but was unable to realize that dream since I was born with a heart defect, so I became a high school social studies teacher and spent most of my career teaching U.S. History. My favorite course to teach was one I created, a specialized course in the study of the Civil War era.

A lifelong avid reader, my second love, my college minor, is literature. As a child, I was quite imaginative, making up stories about the historical figures whose biographies I read ravenously. I further developed the skill as a teacher, weaving history into interesting narratives to catch the attention of my students.

It seemed logical to combine my interests with my talents and write novels that feature military men and/or historical settings. I’m also a romantic, so my novels feature strong romantic elements as well as strong heroines. After all, everyone loves a story about a brave sexy hero in uniform winning the heart of a beautiful plucky heroine, no matter what era.

One thought on “Veterans Day and Military Romances”