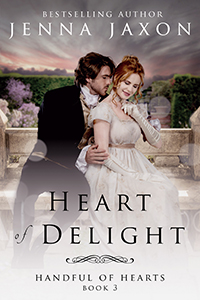 Viewed as an indispensable part of a young Englishman’s education in the 18th and 19th centuries, the Grand Tour of Europe was undertaken by all young men whose families were of sufficient means to send them. The tour would provide the young man with experiences to broaden his views of the world at large, hasten his maturity in all ways, and a polish he would not get if he stayed in England. Undertaken usually at about the age of eighteen or nineteen, Grand Tours would last from one to five years and take in most of the accepted cultural centers of the age, particularly France and Italy.

A young man and his tutor would leave England bound for either for Calais, France via the English Channel. After crossing into France they traveled overland in a carriage to Paris. Several months or years would be spent soaking up the culture of French cities such as Paris, Dijon, Lyons, and Marsailles. Once the young man had absorbed the French culture, he moved on to Italy, unfortunately not an easy task during the period. Two ways existed to reach Italy, overland or by sea. The overland route took approximately eight days and lay through the Alps, on roads too narrow for even horses. They would instead travel by sedan chair, disassembling their carriage and having it carried along with them and their substantial luggage. The alternative route, across the Bay of Genoa, was likewise fraught with the perils of storms, pirates, and seasickness.

At last in Italy, the pair might visit the cities of Rome, Florence, Naples, and Venice. While on their tours, these young men often acquired artwork (including a portrait of themselves against the backdrop of Roman ruins), absorb the ideas of foreign culture, view the ancient sites such as Pompeii (then known as Civita), and sometimes carouse and make too merry.

Additional cities on a Grand Tour might include Vienna, Brussels, and Amsterdam and some even included stops in Spain and Portugal. Germany, apparently, was rarely visited.

The artifacts and artworks brought back in the late 18th century had a profound effect on the English culture, which embraced the classical Greek and Roman stylings and led to much of the fashion of the early Regency period and its affinity for classical architecture and gardens.

Jenna Jaxon is a best-selling, multi-published author of historical romance in periods ranging from medieval to Victorian.  She has been reading and writing historical romance since she was a teenager.  A romantic herself, she has always loved a dark side to the genre, a twist, suspense, a surprise.  She tries to incorporate all of these elements into her own stories. She lives in Virginia with her family and two rambunctious cats, Marmalade and Suger.  When not reading or writing, she indulges her passion for the theatre, working with local theatres as a director.  She often feels she is directing her characters on their own private stage.

She has equated her writing to an addiction to chocolate because once she starts she just can’t stop.

He’ll do anything to be her heart’s delight—except tell the truth.

Gabriella d’Adventure is on a mission. She has come to England as a lady’s maid in pursuit of the Duke of Rother. When she meets Horace Carpenter, valet to a marquess, she is delighted to enlist his aid in gaining her heart’s desire: a meeting with the duke. But will her growing feelings for the handsome valet interfere with her plans for the duke?

The eccentric Marquess of Halford, Hal to his friends, is tired of the demands of Society, especially his father’s decree that he marry this Season. When a breathtaking young woman intrudes on his solitude, he is captivated and introduces himself as his valet in hopes of learning more about her. Despite his fear about the true motive behind Gabriella’s quest to meet the Duke of Rother, Hal agrees to help her gain an audience with him, all the while praying his deception won’t ruin his chances of winning her love.

One thought on “The Grand Tour”