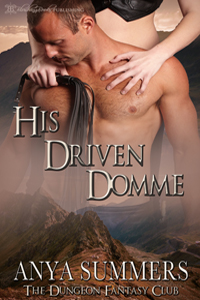 Writing for me has always been something that came naturally. Not that I didn’t have to work on my craft, on grammar, and develop my voice over the years, because I definitely have for the better part of my life and will likely continue to for the rest of it. Except, when it came to story development, I’ve always been what we in the writing world call a pantster. Which basically means, I jump into a story not having a clearly defined journey for my protagonist. I just know that they have to get from point A to point Z and allow my protagonist to drive the story forward.

Enter stage left, my wild idea for a huge eight book series with each title a stand-alone book with a different hero and heroine. That’s eight couples who need to meet, fall in love, and find their happily ever after all while tying into the other books in the series. It’s a rather daunting and challenging task for any writer. So this pantster knew that I’d need to have a structure in place if I wanted to pull off writing such a large series. Before I even wrote the first chapter of book one, I sat down and plotted the whole series. Gasp! A pantster, plotting?

Yep, that’s exactly what happened. I outlined and developed each character, each couple, each story line and how they intertwine with the others. I created each title, the series name, and a loose outline for each book. And do you know what this pantster discovered? That I may be a bit more of a plotter than I thought. Now, don’t get me wrong, the outline for each book is a loose outline, meaning I have the turning points marked, the big black moment and so on. All the stuff that happens in-between is still a bit of a mystery to me because I still, and probable always will, allow my characters to drive the heart of the story. They tell me where the story goes, because in the end, it is there story.

Part of the writer’s journey, at least to me, is the ability to grow and adapt. After writing this series, my technique and how I approach a story has definitively changed and I would like to think for the better. I had no idea when I began writing the Dungeon Fantasy Club Series that by the end of it, I would consider myself a plotting pantster.

Anya is a #1 Amazon Bestselling and Award-Winning Author published in multiple fiction genres. She also writes urban fantasy and paranormal romance under the name, Maggie Mae Gallagher. A total geek at her core, when she is not writing, she adores attending the latest comic con or spending time with her family. She currently lives in the midwest with her two furry felines.

Jesse Noble loves fast cars and even faster women. A professional race car driver, he’s used to being in the driver’s seat, until a devastating loss on the track forces him to walk away from the only life he’s ever known. After months of rehab and soul-sucking depression, Jesse heads to his friend’s place in Scotland, thinking a month or two of indulging in the fleshy delights of the Dungeon Fantasy Club will help him maneuver the road to recovery more than any painkillers.

Lucy Martin is the mistress and commander of her world. Labeled an ‘Ice Queen’ by her co-workers, she hides her tender and passionate heart from the world, even as she hopes to one day find a man who will help soothe her shattered heart. Now her best friend Zoey, the only person on the planet Lucy can confide in, has gone AWOL and left the country for some Scottish laird. On a mission to rescue her BFF, Lucy travels to Mulladoch Manor and has her world turned on its axis; finding herself in an exclusive BDSM club where she feels right at home.

When the dominant Jesse spies the luscious Lucy sporting four-inch stilettos and leather in the Dungeon Fantasy Club, he surrenders to a night of mind-blowing ecstasy, her caresses somehow driving away every one of his inner demons with supreme skill. In the race of his life, Jesse moves out of the driver’s seat and willingly becomes her passenger – if only she’ll continue tying him up and paddling his bare ass into the most erotically charged, world altering orgasms he’s ever experienced.

When their past secrets are revealed, Jesse will have to convince Lucy to enter the fast lane with him – and prove that he’s willing to submit to all of his Domme’s utmost desires. Can he make the ultimate sacrifice and give up control – for love?