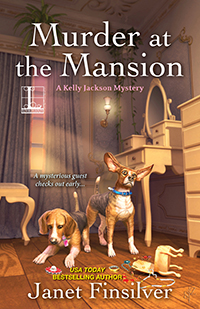 Thank you for doing an interview with us today. Please tell the audience your name and a little bit about yourself.

“My name is Kelly Jackson, and I’m the new manager of Redwood Cove Bed and Breakfast. I grew up on a combination cattle and guest ranch in Wyoming.”

What brought you here?

“I spent most of my life working on the ranch. I loved it, but I decided I wanted something of my own, something I earned.” I remembered how hard it had been for my mom to understand why I wanted to leave.

Do you have any goals for this new phase in your life?

“I want the inn to be a favorite destination for people. I’m excited about the response to the theme rooms I’ve created.” I was so glad Michael Corrigan, my boss, had liked my idea.

“Yes. Each room is decorated with a different subject in mind. There’s the Maritime Room, The Ocean Suite, and The Study to name a few. People are having fun choosing ones that fit their interests.”

Who do you work with on a regular basis?

“Helen Sanders does the baking and assists at Redwood Cove Bed and Breakfast. She and her son Tommy live on site in a small cottage. He has an adorable basset hound, Fred.”

“There’s also Daniel Stevens, who started out as a handy man here and is now managing a sister property. We’ve started working together on the orders for our inns. His daughter, Allie, has helped Tommy a lot. Daniel’s been taking her to classes to learn about their Native American heritage.”

Have you gotten to know some of the people in town?

“I’ve worked with a crime-solving group of senior citizens, the Silver Sentinels. My first visit to the area was to take over Redwood Cove Bed and Breakfast when the manager had a fatal fall from a cliff. It was considered an accident, but the Sentinels felt it was murder. We worked together, discovered they were right, and apprehended the killer.” The Sentinels were an intelligent, caring group of individuals committed to helping their community, and I was proud to be an honorary member.

Are you married? Do you have kids?

“No and no. Divorced. One of those clichéd scenarios where the wife’s best friend steals her husband. I’m glad his true character revealed itself before we started a family.”

Are you dating anyone?

An image of Scott flashed into my mind. “No,” I said with more force than necessary. “I want to be on my own right now.” No relationship. No potential for pain.

“I’m going to concentrate on doing the best job I can. I love Redwood Cove and its small town atmosphere. I want to make this my new home.” I hoped another murder didn’t get in the way. 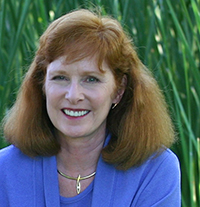 Janet Finsilver is the USA TODAY best-selling author of the Kelly Jackson mystery series. She worked in education for many years as a teacher, a program administrator, and a workshop presenter. Janet majored in English and earned a Master’s Degree in Education. She loves animals and has two dogs—Kylie and Ellie. Janet has ridden western style since she was a child and was a member of the National Ski Patrol. One of the highlights of her life was touching whales in the San Ignacio Lagoon. Murder at Redwood Cove, her debut mystery, was released on October 13, 2015. Her second book, Murder at the Mansion, is scheduled to be available on June 7, 2016.

Rafflecopter Giveaway – ebook copy of Murder at the Mansion

MURDER AT THE MANSION

Kelly Jackson returns to California to manage Redwood Cove Bed and Breakfast. While the inn is being renovated, she is assigned the task of inventorying a historic collection of objects from the 1800s housed at nearby Redwood Heights and to assist at the mansion during the Whale Frolic Festival. She’s also asked to learn what she can about the disappearance of some jewelry from visitors’ rooms.

Shortly after she arrives, Kelly finds a guest stabbed in one of the rooms, the door and windows locked from the inside. Then Gertrude “Gertie” Plumber, a member of the Silver Sentinels, a crime-solving group of senior citizens, is attacked. The police question Gertie’s son, Stevie, who is working at the mansion with his bed-bug and termite-sniffing team of beagles, Jack and Jill, about the jewelry thefts as well as the murder. Kelly and the Silver Sentinels must work together to solve the crimes before another life is lost and Stevie is put in prison.

Murder at the Mansion Book #2:

One thought on “An Interview with Kelly Jackson, heroine from Murder at the Mansion”