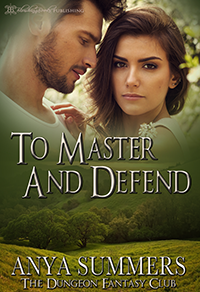 It’s fitting I guess that the release of my latest book, To Master & Defend, coincides with the month we tend to remember all the military men and women who have fought and died defending our country. I have always been intrigued by military men, by soldiers who embody ideologies of loyalty, honor, and courage in defense of their country and way of life.

It was in high school that I first became fascinated with soldiers. I had always been intrigued by them, but it was a Civil War history class that tipped the scales and opened the door for me to study the multitude of wars both in the United States and abroad. I studied just about every war in the western world from antiquity up through modern age. As a history buff and historian, war is a large part of our history as a species, which I’m still not entirely sure what that says about us. But it was also what drove invention, and helped shape the world we live in today.

Except it was in that Civil War class that I was introduced to the soldiers who lived it, through their letters, and memoirs. My favorite to this day, that I cannot read without crying, is a letter from Sullivan Ballou to his wife Sarah. You can read it here. That was what fascinated me, more than the different ways an attack was coordinated or why the war began in the first place. I wanted to know the individual stories. What drove them, what scared them, and who they loved. It was the people, the men and women, who risked their lives, the impact the war had on them, and the courage and bravery some discovered on the battlefield that makes their memory live on long after their bones have turned to dust.

That’s why I had to have a military hero in my Dungeon Fantasy Club Series. Tobias is a total alpha, a man’s man who served more than one tour abroad and who is dealing with some severe PTSD. He doesn’t think he can let any woman into his life on a permanent basis because of what he perceives is a handicap. I hope you enjoy his story as much I enjoyed writing him.

And to all our military men and women, thank you for your service.

Anya is a #1 Amazon Bestselling and Award-Winning Author published in multiple fiction genres. She also writes urban fantasy and paranormal romance under the name, Maggie Mae Gallagher. A total geek at her core, when she is not writing, she adores attending the latest comic con or spending time with her family. She currently lives in the midwest with her two furry felines.

Ophelia Mills is coerced by her friends into having a fashionable night out, where she discovers the newest night life destination is actually an exotic BDSM Club named Dungeon Pleasures. She’s always been curious about the lifestyle, but her reserved nature has so far held her back from exploring her desires. When an over enthusiastic club goer goes overboard with his intentions and attempts to force her into submission, the club’s owner comes to her rescue, defending her honor. After a scorching one night stand with her knight in shining armor, Ophelia discovers that the fantasy was one for the record books.

Tobias Ford likes his life just fine. At the helm of two successful businesses, he’s a Dom with a checkered past and isn’t looking for anything permanent. He’s perfectly content to enjoy the submissive offerings at Dungeon Pleasures, as well as his membership in the exclusive Dungeon Fantasy Club. Then Ophelia Mills stumbles in, needing his protection, and bringing forth every dominant urge he possesses. After a torrid night he cannot forget, he devises a campaign, laying siege to her heart even as he spanks her bare bottom for disobedience. With every one of her pleasured cries, Tobias falls further under Ophelia’s spell as she surrenders to his mastering.

As he indulges her newfound carnal appetite, Ophelia will have to face old hurts, and decide whether or not she can trust him with the most precious of gifts…