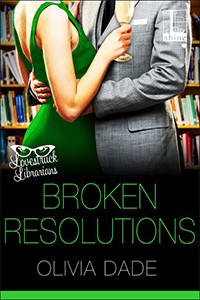 So… sex in the public library. Many of you likely had no idea that even happened outside of fiction. But it does! And [spoiler alert] it’s usually not hot at all, at least to outsiders!

During my five years as a librarian, I never interrupted a couple inspired by the 613.9 section of our stacks. I witnessed passionate kissing and ill-advised groping, certainly, but nothing that required contraception, a roll of paper towels, or even a wet wipe.

My coworkers told me stories, though. Oh, so many horrifying stories.

I imagine coming across patrons having sex in the library is much like visiting a nudist colony: Generally, the people you’d most like to see under those circumstances are not those you’ll actually encounter.

As far as librarians themselves having sex at work, I’d guess that happens infrequently. Still, the fantasy remains. We envision a prim-looking librarian removing her horn-rimmed glasses, unwinding her prim bun, unbuttoning her sensible cardigan, and bending over the circulation desk. And even though many librarians don’t fit that stereotype—either because they’re male or not especially demure—the reality doesn’t seem to diminish the fantasy.

So when I wrote Broken Resolutions, the first novella in my Lovestruck Librarians series, I had a choice. Should I cater to reality or the fantasy of library sex?

In the end, I compromised: My librarian heroes and heroines may make love in the stacks, but they’re not especially prim to start with. And unlike the real-life intercourse seen by my former coworkers, the sex in my stories is HOT.

As a result, some of you may read my books and find yourself eyeing your local library in a whole new way. If so, factors to consider before donning your trench coat and heading for the stacks:

Honestly, the reality of sex in your public library probably isn’t that enjoyable. But if the fantasy appeals to you, there are plenty of books—including mine—eager to explore the possibilities. Just slip off those bifocals, take down your bun, unbutton your sensible blouse, and enjoy! 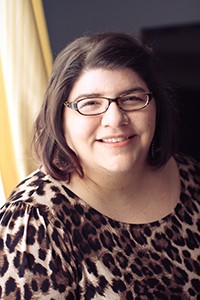 While I was growing up, my mother kept a stack of books hidden in her closet. She told me I couldn’t read them. So, naturally, whenever she left me alone for any length of time, I took them out and flipped through them. Those books raised quite a few questions in my prepubescent brain. Namely: 1) Why were there so many pirates? 2) Where did all the throbbing come from? 3) What was a “manhood”? 4) And why did the hero and heroine seem overcome by images of waves and fireworks every few pages, especially after an episode of mysterious throbbing in the hero’s manhood?

Thirty or so years later, I have a few answers. 1) Because my mom apparently fancied pirates at that time. Now she hoards romances involving cowboys and babies. If a book cover features a shirtless man in a Stetson cradling an infant, her ovaries basically explode and her credit card emerges. I have a similar reaction to romances involving spinsters, governesses, and librarians. 2) His manhood. Also, her womanhood. 3) It’s his “hard length,” sometimes compared in terms of rigidity to iron. I prefer to use other names for it in my own writing. However, I am not picky when it comes to descriptions of iron-hard lengths. At least in romances. 4) Because explaining how an orgasm feels can prove difficult. Or maybe the couples all had sex on New Year’s Eve at Cancun.

During those thirty years, I accomplished a few things. I graduated from Wake Forest University and earned my M.A. in American History from the University of Wisconsin-Madison. I worked at a variety of jobs that required me to bury my bawdiness and potty mouth under a demure exterior: costumed interpreter at Colonial Williamsburg, high school teacher, and librarian. But I always, always read romances. Funny, filthy, sweet–it didn’t matter. I loved them all.

Now I’m writing my own romances with the encouragement of my husband and daughter. I found a kick-ass agent: Jessica Alvarez from Bookends, LLC. I have my own stack of books in my closet that I’d rather my daughter not read, at least not for a few years. I can swear whenever I want, except around said daughter. And I get to spend all day writing about love and iron-hard lengths.

So thank you, Mom, for perving so hard on pirates during my childhood. I owe you.

LOVE BETWEEN THE LINES

Romance has never had a happy ending for librarian Penny Callahan, who could write the book on cheating, heartbreaking liars. So she’s made a resolution: no men for the next twelve months. If she can just get through the library’s New Year’s Eve singles night, she can return home to her pajamas and a good book. But when she finds herself checking out a hot hunk with an irresistible smile, an evening in the stacks becomes a lot more tempting…

Reclusive author Jack Williamson never should have trusted his mother. Even though he’s trying to avoid being recognized, she guilts him into attending a dating meet-and-greet—where an adorable librarian makes him question his lonely lifestyle. Is this just a fleeting, flirty scene? Or could love be the next chapter for them both?

7 thoughts on “Library Sex: Pros and Cons of Getting It On”