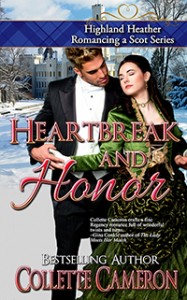 A guid New Year to ane an` a` and mony may ye see!

One of the main reasons I enjoy writing historical romances so much is the fun snippets of authentic history I get to sprinkle throughout my stories. My latest novel culminates around the Christmas season which was well and good for my hero (he’s British) but my heroine is Scottish, and the Scot’s didn’t celebrate Christmas.

So, she set about educating her beau-turned-husband on one of Scotland’s most celebrated festivals, Hogmanay.

The origin of Hogmanay is unclear, though several theories have developed regarding the start of the once pagan festival.

Some attribute the celebration to the Flemish influence in Scotland because “hoog min dag” means “great love day”. However, Hogmanay is most often credited to the French expression “Homme est né” or “Man is born.”

Some historians still insist “Hoggo-nott” which was a Scandinavian feast, birthed the tradition (think Vikings invaders) while others argue the Anglo-Saxon words “Haleg Monath” is where the word Hogmanay came from.

Whatever the source, the Scots love the day and celebrate with typical Scottish gusto and enthusiasm.

Here are some of the most common Hogmanay traditions:

First-footing-It was good luck to have a tall, dark, gift-bearing male be your first guest of the New Year. Slam the door in a fair-haired person’s face if they were the first to visit for it portended bad luck. (Those Vikings again!) Whisky and shortbread were gifts traditionally offered and often are today still.

Redding-A not so fun tradition consisting of cleaning the house thoroughly on December 31st (including the fireplaces ashes) to usher in the New Year. (You wouldn’t want a dirty house when that handsome, dark-haired fellow showed up!)

Actually, the custom was rooted in the idea of cleaning out the old year to usher in the new.

Handsel Day (Handselling)-This is a nearly extinct tradition where on the first Monday of the New Year, small gifts were given to children and servants.

Auld Lange Syne– At midnight, everyone sings the tune Robert Frost made famous, though he based the tune on an earlier piece.

Torch and Bonfire Ceremonies –Today, firework displays and torchlight processions take the place of ancient pagan practices. In times past, hides were wrapped around sticks and lit on fire because the smoke was thought to ward off evil spirits. Torch tossing, rolling ignited tar-filled barrels down a hill, and lighting a huge bonfire were all part of the Hogmanay celebration as well.

It’s a good thing January 2nd is a holiday in Scotland!

I wonder, have you ever sung Auld Lange Syne?  Were you aware of its Scots roots? 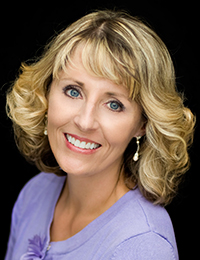 Bestselling, award-winning Historical Romance Author, Collette Cameron, pens Scottish and Regency Romances featuring rogues, rapscallions, rakes, and the intrepid damsels who reform them. Mother to three and self-proclaimed Cadbury chocoholic, she’s crazy about dachshunds, cobalt blue, and makes her home in Oregon with her husband and five mini-dachshunds. You’ll always find animals, quirky—sometimes naughty—humor, and a dash of inspiration in her novels.

Her award-winning Castle Brides Series, Highland Heather Romancing a Scot Series, and Conundrums of the Misses Culpeppers Series, as well as her other books, are all available on Amazon and other major retailers.

You can connect with her on LinkedIn, Pinterest, and Google+ too. Just head to her website for the links.