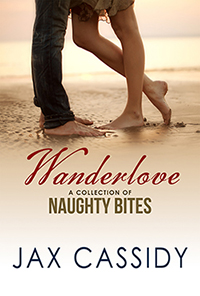 Do you want to know the secret to being a successful writer? Ernest Hemingway said it best,Â â€œThere is nothing to writing. All you do is sit down at a typewriter and bleed.â€

Yep. That’s the secret. The End.

Okay, so maybe that’s not exactly all. The cold hard truth is that if you DON’TÂ write, you haveÂ NOTHINGÂ to sell. You can’t scoreÂ a contract or promote your work if you only have a handful of blank pages. The first step to becoming a writer is toÂ WRITE.

This may soundÂ easy enough, but it’s not.Â Writing. Is. Hard. That’s the truth. How often have youÂ heard someone say they could write a book?Â If they could,Â they would have done it a long time ago. To be fair, maybe they’ve even attempted writing one but never finished. The true writer is one who is consumed by words. Consumed by the story and no matter how difficult or limited time can be, they will make an effort to make time to write. Whether it’s a title, a phrase, a sentence or two. That’s still writing. In time, youÂ will want to steal more time. Maybe by waking up early, staying up late, or scribbling notes wherever there’s a spare few minutes whileÂ waiting in the kiddie pick upÂ line, at the doctors office, or even on the subway.

I know we all have our obligations and responsibilities. Sometimes theÂ Universe likes to throw obstacles our way but we have to remind ourselves that our dreams are still important. We are important. I’m very guilty of letting life take over, but there was never a time when I’d forgotten about writing. I managed to squeeze words here an there through the three years of turmoil in my life. Even if I only jotted ideas and notes about future projects, I was still thinking about it. There were so many times I thought I wanted to quit writing…but I’m glad I didn’t. All I know is that I can not not write. It’s in my blood and what I was born to do. There is an audience out there for writers of any style and genre. We will find them.

We just need to write the story of our hearts. Ones we want to read, and ones readers are waiting to read, too! 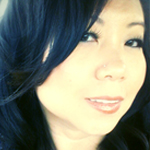 Jax Cassidy followed her dreams to Paris, then Hollywood to pursue a film career but managed to fall in love with penning sexy romances and happy endings. She writes contemporary, paranormal, & young/new adult romances. She is Co-Founder ofÂ Romance Divas, an award winning writerâ€™s website and discussion forum. Jax is also known as one-half of the retired writing team of Cassidy Kent. She is represented by Roberta Brown of the Brown Literary Agency.