When I began my writing journey, not quite two and a half years ago, I dreamed of having an agent and a NY publisher. Which is exactly what I got. I also dreamed of having my first book published much sooner than this, but that was before I knew anything about the publishing business.

The questions I was asked this year at RWA Nationals boiled down to how did I do it? Quite simply, I treated writing like a job. The type one does when it matters. Having been in the Army, I knew something about that. A friend told me to write three books. Donâ€™t stop to make the first one perfect. I thought that was wonderful advice, and still do. Little did I know at the time that many writers write a lot more than three books before they get published, I had my nose glued to the grindstone. I no longer watched TV, and my husband took to making dates with me so he could have my undivided attention.

A wonderful, published author who runs writing courses told me it would take five years to get published. I had to learn the business, I had to learn craft, andâ€¦ I had to run the query gamut, which meant growing a tough skin because rejection was part of the game. I didnâ€™t allow any of that to intimidate me. I was already in my late 50â€™s and wanted to be published before I turned 60. I was on a mission. I was also woefully ignorant, yet that worked in my favor. I truly believe that if Iâ€™d known what I was doing, my journey would have taken me much longer.

I learned to write by writing. Within a month of the first paragraph, I had a 100,000 word MS. Then I set about finding out how to submit it. You can laugh now. I discovered a writing group, discovered RWA, who knew there was a group devoted to romance writers, and joined. During the same time frame, I submitted my MS and got soundly rejected. But that meant that I got to be PRO right away, and things started coming together. I learned I had to edit the MS, so I did that while I wrote the next one, and joined a critique group. Thatâ€™s when I discovered I really needed to keep track of minor details such as the color of my heroesâ€™ eyes and which butler was in which house. Later Claire Cavanaugh taught me how to really edit.

I learned how to pitch, attended my first conference, where I met people I am thrilled to be friends with. The always fabulous Delilah Marvelle taught me how write a query, and, eight months after I started writing I had an agent with years of experience under her belt. Ten months afterward, I had a three book contract.

So what did I do? Treated it like a job, sifted advice, and trusted my gut. 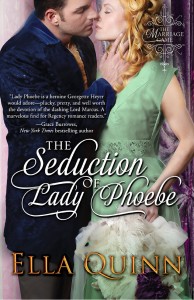 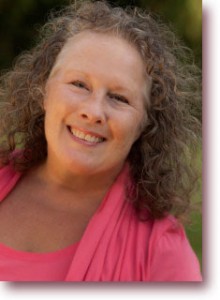 Ella Quinn lived all over the United States, the Pacific, Canada, England and Europe before finally discovering the Caribbean. She lives in St. Thomas, Virgin Islands with her wonderful husband, three bossy cats and a loveable great dane.

Represented by the lovely Elizabeth Pomada, Larsen-Pomada Literary Agency and published by Kensington.

30 thoughts on “Treating Writing As A Job”