Or maybe the madhouse would be a better choice. Between juggling writing, being a mom, and being a wife, there are things that should not be dropped. Though my clowns (the boy and the girl) are older now and more independent, they are still excessively silly and messy. During the day, Iâ€™m left taming the wild animals (the dog and the cat) most of the day and cleaning their stalls. Wherever the circus goes, a mess is left behind. As their janitor, Iâ€™m left pushing the broom long after the audience has left.

I get most of my writing done during the day, when the clowns are at school and the ringleader is at work. However, the animals are still home. Lucy, the Beagle-Jack Russell mix puppy, and Toby, the thirteen year old cat, have yet to figure out their routine. Lucy is determined to go outside as often as possible and usually in the middle of when the writing flow is happening. Toby likes to walk in front of my touch screen monitor on my desk, popping applications up, moving icons, and messing up my document.

The clowns arrive home first and at that point, writing time becomes sketchy. Sometimes they run off and play at someone elseâ€™s circus for a while or they bring home other clowns. But when the Ringleader gets home from work, then writing is off. Itâ€™s time to feed the troops and bed everyone down for the night. And it all starts all over again in the morning.

Running the circus does make me happy, but so does writing. We all have our own circus to deal with, whether itâ€™s work, relationships, or pet driven. Sometimes it feels like a chore to sit down and write, when all we want to do is relax for a few minutes while the animals are resting and the clown and ringleader are away.

Itâ€™s important to find what makes you happy about writing and to hold onto that when the circus is trying to drive you crazy. Itâ€™s been hard to get back into writing for me after finishing FATHER BY CHOICE. We packed up our circus and moved halfway across the country, leaving behind the network of writers that kept me sane.

The Big Top (house) took quite time to arrange. A lot happened quickly and I lost that feeling to write. I was trying to meet new people and get the clowns settled in their new schools. We got a new pet and my four-year old cat passed away too young. By the beginning of this year, Iâ€™d been away from writing for a long time. Writing the follow-up proposal which is only three chapters long took me over three months to write. Pushing daily to write just a little every day.

Then something amazing happened. I picked up a book Iâ€™d started for NaNoWriMo (National Novel Writing Month) and started writing for Camp NaNoWriMo. And I found it. That love of writing. That burst of energy to write for hours and still have things to say. Where a scene takes an hour or two and not a week or two. It could be that itâ€™s something entirely different from the Special Editions I normally write, but I think itâ€™s just finding that love of writing. The ability to write a sloppy first draft and not worry about getting it into publishing form until itâ€™s finished. Itâ€™s actually helped me get excited about writing everything again.

The circus is just another distraction if I let it be. If I remember that my writing is one of my priorities, then the circus tends to run much more smoothly. We all fall into a rhythm and writing happens.

What is the distraction that keeps you from writing? How do you deal with it? What makes you happy about writing? 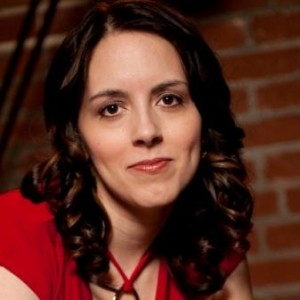 After an exciting life as a CPA, Amanda Berry returned to writing when her husband swept the family off to England to live for a year. Now she’s hooked, and since returning to the states spends her writing days concocting spicy contemporary romances while her cats try in vain to pry her hands off the keyboard. Her Marlene award-winning contemporary romance, L.A. Cinderella, debuted from Silhouette Special Edition in June 2010. One thing she requires of all her books is a happily ever after. Amanda grew up in the Midwest, but recently moved to the Southeast with her husband and two children.