Guatemala has been termed the â€œLand of Eternal Springâ€. This is due to the fact most of the country has temperatures that range between 64-82Â° F and humidity is rarely a problem. The temperature does cool significantly during the night. However the coastal areas and PetÃ©n jungle lowlands are hot and humid. The combination of hot and humid can drain you. The temperatures in the jungle are above 85Â° F giving the lush vegetation the perfect conditions to thrive.

The country is bordered by the countries of Mexico, Belize, Honduras, and El Salvador. It also has two coastlines- the Pacific Ocean and the Caribbean Sea. Besides exploring the lovely beaches there are also volcanoes, jungle, mountains, lakes, and Mayan Ruins.

The Mayan people lived in Central America and Mexico for 2500 years. During this time as they prospered, they built cities to house their people and temples to pay homage to their gods and leaders.

Tiâ€™kal is one of the largest urban centers of the pre-Columbian Maya civilization. It sits in the PetÃ©n Region of Northern Guatemala and has many visitors yearly. Many have speculated on why the Mayan civilization declined abruptly. Some say it was because they ran out of space and workers to raise the food needed to feed the growing numbers.

The fresh fruit and vegetables in Guatemala have supplied its people with nourishment for thousands of years. The staples have always been corn, beans, and chilies. There are also plantains or bananas, yucca, carrots, celery, cucumbers, and radishes as well as papaya and mangoes.

Here is a Guatemalan recipe for stuffed cucumbers: 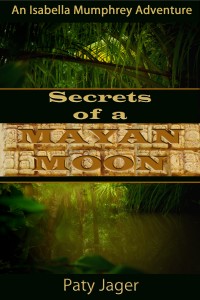 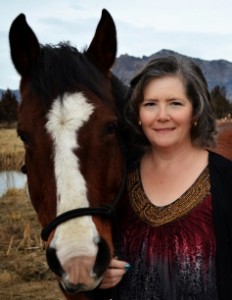 Award winning author Paty Jager and her husband live in Redmond and ranch in Princeton, OR.Â  On her road to publication she wrote freelance articles for the Bulletin and Spokesman and enjoyed her job with the Extension service as a 4-H Program Assistant. Raising hay and cattle, she not only writes the western lifestyle, she lives it.

Paty is a member of RWA, EPIC, and COWG. Wild Rose Press has published nine of her books.Â  Her first contemporary western romance, Perfectly Good Nanny, won an EPPIE award and her historical paranormal, Spirit of the Mountain, won the Lorie Best Paranormal Award.Â  She edited for an e-publisher for four and a half years and teaches workshops at conferences, writers meetings, and online. Her current book is Secrets of a Mayan Moon an action adventure romance set in Guatemala.

You can learn more about her at her blog; www.patyjager.blogspot.comÂ  her website; http://www.patyjager.net or on Facebook; https://www.facebook.com/#!/paty.jager