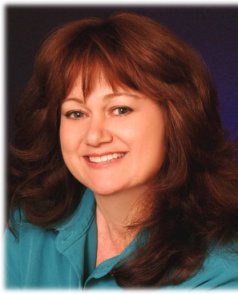 Nancy Naigle writes love stories from the crossroad of small town and suspense. After spending most of her life on the Virginia coast, she and her husband left Tidewater for greener pastures a little further inland in Southampton County. They now live on a 76 acre goat farm where Nancy spends every spare moment working on her next book.

To learn more about Nancy, visit her online at:
www.nancynaigle.com

How long have you been writing before you sold?

Iâ€™ve been writing seriously toward publication since 2005. That was the year Iâ€™d joined RWA and went to my first RWA national conference. It was in Atlanta, GAÂ that year and just so happened to fall on my birthday. That trip was what I gave myself as a present that year. I made a lot of friends that weekend that I still chat with today, and many are now published! So, long story short….it took me from July 2005 to May 2011 for my first novel to get into a readers hands.

What has been the toughest obstacle youâ€™ve had to overcome along the way?

The toughest thing for me has been that publishing is like no other business Iâ€™ve been in or run. Itâ€™s been one eye-opening experience for me. Let me explain. You see, by day Iâ€™m a Senior Vice President with Bank of America. Iâ€™m used to planning what Iâ€™m going to do to achieve success, then following that plan. Thatâ€™s all fine and good except thatâ€™s not really how it works in the publishing business. It moves S-L-O-W and, at the same time with the advent of e-pubs, is changing in ways folks never imagined. But Iâ€™m no quitter. I have my pile of rejections, but I learned from each one and knew that every bad news email was one step closer to the â€œyesâ€ Iâ€™d eventually get. I firmly believed that as long as I didnâ€™t quit, I would be published. I think you have to believe in yourself before anyone else will.

Tell us about your latest book.

I write love stories from the crossroad of small town and suspense. My characters have flaws just like you and I. Theyâ€™ll probably even feel familiar. The quirky characters are probably going to remind you of that crazy aunt or the black sheep brother of your best friend in college. Hopefully, they will tickle memories of people from your own past, and youâ€™ll feel like you already know them.

What’s up next for you?

Iâ€™m so glad you asked that! My second book in the Adams Grove series is OUT OF FOCUS and it will be available in November. Itâ€™s my fav-fav-favorite.

Kasey Phillips thought her biggest problem was deciding whether to photograph Cody Tuggleâ€™s honky-tonkinâ€™ tour, until an accident on Route 58 claims the life of her husband. In a desperate race against time as a hurricane threatens the eastern seaboard, they search for her three-year-old son who is missing from the wreckage, but someone knows more than they are telling.

This is the book that I won several contests with including:

Are you currently working on a new book?

I am. I have another Adams Grove story in the works and a young adult titled inkBLOT that is coming out later this month that I co-authored with Phyllis C. Johnson under the pen name Johnson Naigle. inkBLOT,Â it’s a neat story abouta teen entrepreneur, Ronnie Wright, who owns an inkBLOT game site. When a string of high-profile crimes have one common link â€“ inkBLOT â€“ Ronnie becomes the prime suspect. He has to find a way to clear his name and expose the real criminal.

What do you like best about the writer’s life?

The best part since Iâ€™ve been published is hearing from readers. I collect antique handkerchiefs and boy have I had a use for them. I swear I cry weekly over the kind words I receive. (Hugs yaâ€™ll!!)

If you werenâ€™t a writer what would career path would you choose? I have a career.

Yep…that full-time position as a Senior Vice President with Bank of America is a wonderful career. Iâ€™ve been with the bank for over 15 years. I even won their Award of Excellence as a leader (an honor bestowed upon the top 10% of leaders in the company) and got to take a wonderful all-expense paid trip to a beautiful resort a few years back. I love being able to tap both my right and left sides of the brain between my day job and my writing. Itâ€™s a perfect balance.

What are you reading right now?

Finish what you start and never give up!

Gosh, Iâ€™m such an open book Iâ€™m sure folks know just about everything there is to know about me. I appreciate the small things. Give me an evening with lightning bugs, pick a flower off the side of the street, snuggle a baby goat, a handwritten note…those are the kinds of things that brighten my heart. 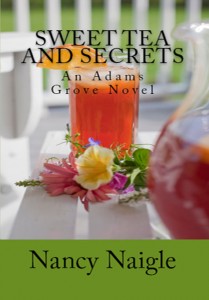 Adams Grove is mourning the loss of Pearl Clemmons, known for her award-winning chocolate pecan pie and the best unsolicited advice in the county. When Jill returns to settle her grandmotherâ€™s estate, sheâ€™s greeted by a Clydesdale-sized guardian dog who doesn’t seem to be earning his stripes (although he drools on them pretty well), and Garrett Malloy, the ex-fiancÃ© she left behind a year ago. Jill insists on staying at Pearlâ€™s amidst a string of break-ins that have sleepy Adams Grove wide awake and locking its doors. Jillâ€™s past with Garrett becomes the least of her worries when she learns that their lives are in danger. She is the only person standing between a desperate conman and a secret from Pearlâ€™s past. Will Pearlâ€™s past kill any chance of Jill and Garrettâ€™s future together?

Amazon kindle and paperback
Other eformats

2 thoughts on “Spotlight On, Nancy Naigle”