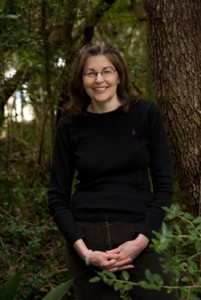 Vanessa Kelly was born and raised in New Jersey, but eventually migrated north to Canada.Â  She holds a Masterâ€™s Degree from Rutgers University, and went on to attend the Ph.D. program in English Literature at the University of Toronto.Â  While there, she spent many happy hours studying the works of 18th century British authors and writing about the madness of King George III.Â  She left graduate school to work as a researcher and writer for a large public sector organization.Â  She now writes Regency-set historical romance for Kensington Zebra.

You can visit her on the web at www.vanessakellyauthor.com. 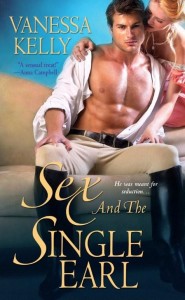 **Vanessa is giving away, Â MASTERING THE MARQUESS and SEX AND THE SINGLE EARL. If you’d like to be added to the random drawing, please post a comment and provide an email address if it is not linked to your username.**

Readers love hearing about â€œthe callâ€, tell us about your experience. How long did you write before you got published?

I was only writing fiction for about two years before I acquired an agent and sold my first Regency-set historical romance.Â  To this day I canâ€™t believe it happened so quickly. That book was Mastering The Marquess, the second Iâ€™d written and my first historical romance.Â  Iâ€™d been working with my agent for a few months when she called with the offer from Kensington.Â  Of course, I was out with my husband when she made the call.Â  She left a cryptic phone message, telling me to call back later in the day since she had important news.Â  That was it.Â  Hours later, when I was finally able to reach her, she put me on hold!Â  Fortunately, it was only for a few minutes because by that time I was a nervous wreck.

Seems like historical romances are making a comeback, how do you feel about it? What do you think contributed to this?

Naturally, Iâ€™m thrilled that the historical romance market seems to be fairly robust these days, although itâ€™s not as strong as writers in the genre could wish for.Â  Regency romance and Highland historicals still dominate, and Victorian and Medieval romances have their followers.Â  The Western romance also has a slice of the historical pie.Â  But itâ€™s a crowded and competitive market, with lots of really great writers competing for limited shelf space.Â  So even though things are getting better, itâ€™s not the easiest genre to get published inâ€”or stay published.Â  But there are encouraging signs.Â  There are several good e-publishers like Carina Press, who are actively seeking historical romances, especially those that take place in unusual settings or time periods.Â  I also think that writers like Christina Dodd and Karen Robards returning to the genre is a very good thing.Â  And there have been some really great new authors the last few years who have helped raise the profile of historical romance.

As for what contributed to a renewed interest, I think the Jane Austen craze certainly helped.Â  And historical romance has always had great world-building, so those qualities which attract readers to popular genres like paranormal romance are also now attracting them to the historical.

Did anyone or anything influence you to choose the genre you ultimately wrote or have you always known you would write historicals? Do you write any other genres?

My love of Regency romance began in high school when my sister turned me on to Georgette Heyer.Â  I also loved Jane Austen, Charles Dickens, and all kinds of historical fiction, so that became my natural reading bent.Â  I studied English literature in university, and went on to spend several years in graduate school studying the writers of the Georgian and Regency eras.Â  My thesis subject was Fanny Burney, a very popular novelist during those periods.Â  So when I turned my pen to romance, Regency-set historicals were a natural fit.

I do, however, write in other genresâ€”with my husband!Â  We write contemporary romances and romantic suspense under the pen name of V.K. Sykes.Â  Our first book, CaddyGirls, will be released by Carina Press on July

I love the fact that I can disappear into my writing.Â  No matter how crappy Iâ€™m feeling on any given day, the very act of entering my fictional world and playing around with my characters makes me feel good.Â  I think writingâ€”any kind of writingâ€”is a deeply therapeutic and empowering act.Â  What I like least?Â  Deadlines.Â  Most writers donâ€™t like deadlines.

Most writers are consumed with deadlines but when you have time to read, what genres and/or which authors are on your auto-buy list?

There are so many!Â  For historical romance, I auto-buy Eloisa James, Teresa Medeiros, Lisa Kleypas, Loretta Chase, Anna Campbell, and Joanna Bourne.Â  All of them are spectacular and innovative writers who really deliver the goods.Â  For romantic suspense, I love Karen Rose, JoAnn Ross, Christina Dodd, and Bronwyn Parry.Â  Parry is a recently published Aussie author who is phenomenally talented.Â  For contemporary romance, I love Toni Blake, Susan Elizabeth Phillips, Susan Mallery, and Jennifer Crusie. Â For paranormal and sci fi, Linnea Sinclair and Angela Knight.

If you werenâ€™t a writer what would career path would you choose?

I did do other things before I started writing romance, one of which was working as a union researcher.Â  I loved that job.Â  It was hard work, but the satisfaction that came from helping people in the workplace was tough to beat.Â  When I was kid, I wanted to be a marine biologist but I was terrible at math and mediocre at science, so that was out.

If you were a lipstick color, what would it be called and why?

Clear gloss.Â  I know.Â  Boring, but I canâ€™t stand the taste of lipstick.

Be patient and be courteous.Â  Learn your craft.Â  Publishing is a game of endurance.Â  If you want to achieve your goals, you have to be in it for the long-haul.Â  And do unto others as you would have them do unto you.Â  There are great people out there in romancelandia who are very giving of their time and advice, and who can really smooth out the bumps in the road.Â  But Iâ€™ve also run into some people who make me want to hide under a rock.Â  Trust me.Â  You donâ€™t want to be that kind of person.

Probably that I wrote romance with my husband.Â  That earns us a lot of funny looks.

**Workshop is featured in our FORUM. Required registration. Become a member and participate for free.**

13 thoughts on “Author of the Month, Vanessa Kelly”